When Dave Grohl announced the release of the Foo Fighter’s fifth consecutive Best Of album, the people of Earth lost their shit. Billions danced naked on the street, heartfelt tributes were sent from every corner of the globe to this new Jesus, and to a far lesser extent, the other guys in the band (whoever they are).

Dave Grohl’s reputation has grown with every year after his glorious birth, exploding from his mother’s womb, beard fully grown, much to her delight. She smiled, having just brought the saviour of humanity into existence and passed away in a bloody heap of mangled flesh. But it’s the music we’re talking about (which is equally as incredible as Dave’s long, flowing hair), as all five Best Of albums contained the exact same songs in the exact same order, and each album occupies one of the top 5 positions on every music chart in existence. The population of earth unanimously decided to alter music charts from before the Foo Fighters to reflect the truth of the saviour. 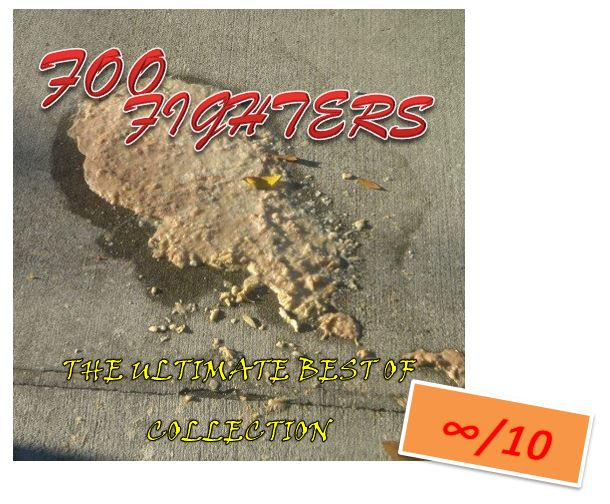 The band’s debut ‘The Best of the Foo Fighters’, is simply one of the best records ever made, and is still powerful enough to floor you. With an almost dub-like, spacey atmosphere sculpted by genius Dave Grohl, the band’s sound – (Dave Grohl wrote the rumbling basslines, powerful guitar shrieks and thumping machine-like drumming )– was simply the best music which had ever been written. In fact, if Chopin and Mozart had a kid, and Beethoven and Bach had a kid, and those two kids had crazy, greasy monkey sex in a jetplane filled with golden jelly, which produced a child who was the most skilled musician imaginable, Dave Grohl would still shit on him.

The album’s raw power is still gripping, most notably on the orgasm inducing ‘Monkey Wrench’ and ‘My Hero’, which Dave Grohl wrote and instantaneously recorded while saving a family of 34 kittens from a house fire.

Andi Lennon is Sydney based writer, musician and soap dodger. He graduated from Wizbang University with full honours and no teeth. When he isn't feeling conflicted about Morrissey he likes to drink box wine. View all posts by Andi Lennon