It comes in a big black box. It’s arrival unsettlingly reminiscent of, and of no less import than that of the obelisk that heralds the outset of Kubrik’s 2001. It costs four hundred US dollars and weighs ten kilograms. But you will normalise this.

You’ll normalise a lot of things in the Kingdom Death Cult.

A world of ‘Boutique Nightmare Horror’ that has engendered a rabid cult following, Kingdom Death: Monster is the vision of one Adam Poots. A singular vision, an obsession, a seemingly impossibly niche offering that has nonetheless gone on to spawn one of the most beloved and divisive experiences in all of fiction and gaming, whether tabletop, narrative or otherwise. It has birthed its own cottage industry of enthusiasts, speculators and participants. It’s tendrils always unfurling, it continues to baffle and beguile in equal measure.

And as you crest its rabbit hole, best not to look down.

I was an innocent. I first stumbled upon whispers of it, all of them tinged with disbelief at the ostentatious nature of the scope and demands this game made of its acolytes. I was coloured intrigued and inky black. But that price? What folly! So I tabbed it down and tucked it away, only to be beset by further voices, each proclaiming it’s absolute singularity…and startling plethora of penis monsters.

“It’s not for me” I rationalised as I continued to pore over the gargantuan scale of what sat beneath the matte black lid of this mystery, all the while knowing it was kind of, probably, almost certainly made for me.

Many months passed, I prevaricated. I salivated. I recoiled. Repeat. Then one day trawling through a second-hand trade and sale site I saw it. In my hometown. For $300AU. The breath caught in my throat. Yet still I hesitated…for about eight seconds. It still seemed a lot. It was a lot. I sweated until it arrived on my doorstep, a mixture of Christmas morning adrenaline and true trepidation coiling together to curdle my blood. 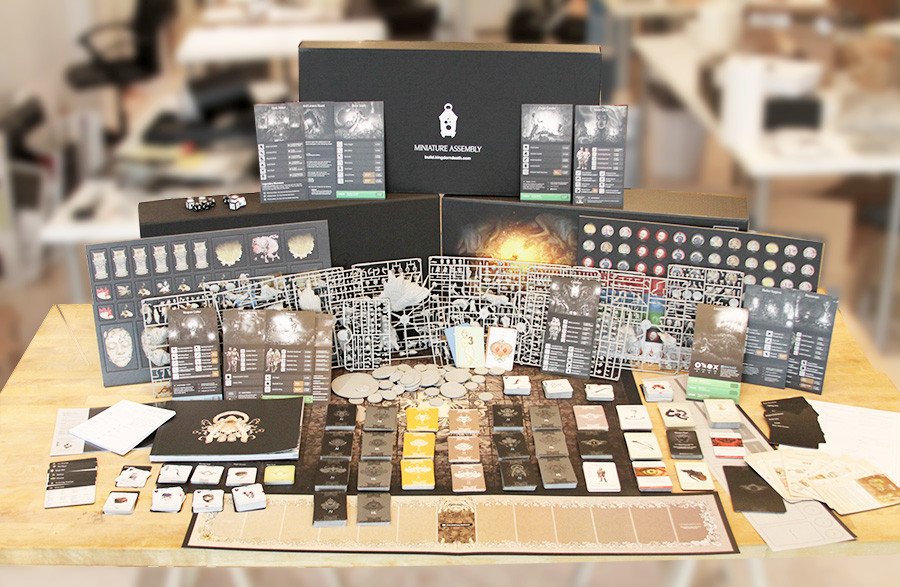 Fast forward to today and I’ve recently pledged a further $500 for a box of additional content with no estimated release date or even confirmed list of components. This is a box that has already been delayed numerous times and has no truly clear window through which to glean what horrors it may contain. It’s a leap of faith. The actions of a bad gambler. This is on top of the three additional expansions I had already purchased. Each of them tucked into unassuming and unadorned plain brown boxes, heavy with possibility and ferrying a receipt to match.

Buoyed by the fanaticism of the community and a shrieking sense of FOMO these seemed like rational purchases. It’s not that much. You get a lot for your money.

It was then, to my horror that I realised I was in a cult.

…And so I hurriedly set about converting others with the foaming zeal of a newly christened missionary.

The world of KD:M can seem utterly impenetrable to the uninitiated. Even beyond the economic barriers to entry, it’s forums are full of oblique terminology, meta commentary and all the various hallmarks of a complete, insular and self-sustaining culture. This world runs in tandem with a weird cult-of-personality surrounding Poots himself, one which has afflicted some members of the cult more than others, but one that has all the scent of messianic fervour when squinted at in the wrong light.

This game devours people. It demands their time, their attention and their dedication. It is an unforgiving experience, full of arcane rules, punishing mechanisms and bleaker then bleak aesthetics and symbolism. It grants you nothing easily, holding fast to it’s secrets.

Opening the box still leaves you a light year from actually getting started. You need to painstakingly construct its components, snipping endless minute parts from a forest of plastic sprues before assembling them by hand. With no guide. The rulebook is a hard-bound tome the size of a small novel. There are close to 1000 cards in the box. It tries it’s best to hobble you at every turn. It delights in thwarting your efforts and ambitions. Your adventures will almost certainly end in death and defeat.

And it’s the most fun I’ve had in ages.

Assembling a group of fellow masochists, you will embody the lives of a series of survivors; initially nameless beings who have awoken on an endless plateau of chipped stone faces with no culture, no language, and no idea what they need to do, other than to survive. Your first encounter will be with a mythical albino lion, who’s raison d’etre is to gnaw you to your bones. From here, the world will spiral outwards in ripples, as your survivors struggle to found a settlement, nay, a society. Cultural milestones will be set, innovation and invention will enrich their existence, generations will cascade forth, as all the while they hunt for food, clothing and medicine, all claimed in bloody clumps as they are ripped from the hides, horns and genitals that are harvested from the unceasing parade of monstrosities that assail them.

Part Dungeons and Dragons, part Boardgame and part unremitting self-flagellation, KD:M is the epitome of an acquired taste, but if your palate is starved for something rich and gamey, you’ll savour every bite.

By Sprue and by Glue

I quickly fell under it’s spell. Initially intimidated by this brave new world of hobbyist’s practice and parlance I was forced to sink or swim. When you invite this box into your home you’re purchasing a lifestyle choice. The modelling and painting required are just as large a component as your time at the table.  But it flung those window open for me and I found them in my midst as though via trojan horse. As my clumsy hands fumble their way through the building and daubing I’m learning a sense of focus and patience that I never thought I could muster. It has forced me to slow down and drink in the detail. To breathe. It’s almost yoga but with the added benefit of glue and paint fumes.

The systems and synergies of the book and cards are revealed slowly, punctuated by a series of eureka moments as you grapple to make sense of the universe you now inhabit. Each session building upon the mythos, and yet revealing nothing concrete, in the very finest tradition of ‘show don’t tell’ that is the hallmark of all great narratives. We gather weekly to play but the days and nights between these sessions find us continually recounting the sheer absurdity and variety of emergent stories this game creates and flings at you. And they are your stories. No two groups are going to approach this thing the same way. No two groups will get the same tableau of tales from the frankly absurd amount of random events that can befall you. No one else will have the same cadre of survivors as you. Survivors you would do best not to grow attached to, their collective name the supreme irony. 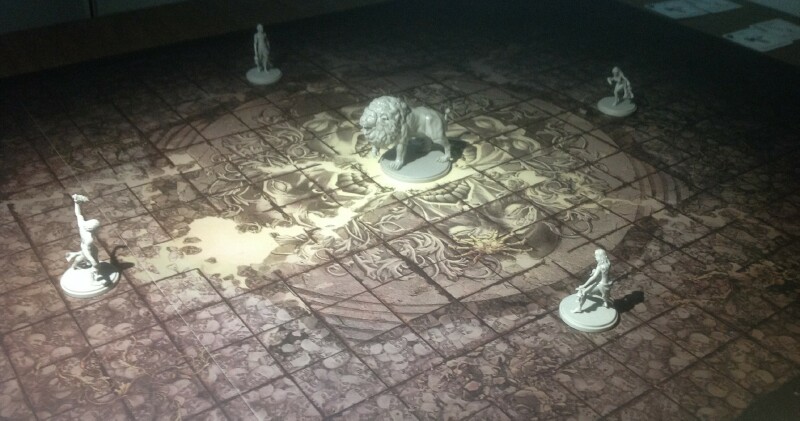 No other game has this combination of agency, randomisation and sheer bloody-minded weirdness.

…and did I mention the dick monsters?

About thirty odd hours in and we have scarcely scratched the surface of even the core box. Our next session is this evening, where we are set to encounter an event that by all accounts from community and commiserators alike will splinter us mercilessly with unyielding bad juju. And I can’t wait.

You can purchase the Kingdom Death: Monster core set here.

Details on the original kickstarter and content can be found here.